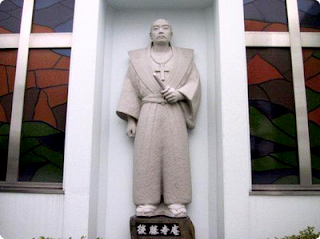 Juan Goto (1586?) was born Matagoro Iwabuchi, the son of the lord of Fujisawa Castle in northern Higashi-Iwai, Iwate prefecture. He lived during a time of great political instability. His own family was caught up in a power struggle when Great Lord Kasai was accused of not rallying troops for the Battle of Odawara. During this battle, Juan's older brother was killed. This loss, in addition to the political struggles about him, may have contributed to Matagoro's next actions.

Something seems to have snapped in Matagoro that caused him to want to "get away from it all." He fled across country to the far southern city of Nagasaki. This cross-country journey of some 1200 miles was a remarkable feat in itself in his day. From Nagasaki he boarded a vessel that landed him in Ukujima Island of the Goto Islands chain (map). This was as far away as he could get from his homeland and still be in Japan. It reveals, perhaps, a bit of his despair and desperation.

God had a plan to turn around and use this refugee. At the edge of Japan, on Ukujima island, he "happened across" Jesuit priests in the tradition of Francis Xavier who shared Christianity. At the end of his desperation, he found a reason for hope. Matagoro was soon baptized on the island on which he thought to abandon himself. He was given the Latin Christian name "Juan" and took the surname "Goto" from the islands of his baptism. He spelled his first name "Juan" with two Chinese characters that meant "happy hermitage."

Juan returned to the Fukuwara area of Iwate prefecture (the name means literally "God-Blessed Field"). There he pioneered the construction of irrigation canals for the local rice farmers. He built a church and saw some 1000 become Christians in the early 17th century. He enjoyed living peacefully among these converts, gaining a reputation for looking after the welfare of peasant farmers. In 1623, however, things changed dramatically for Juan and the whole of Christendom in Japan. It was Juan's greatest persecution to his new faith. He stood up to it heroically. 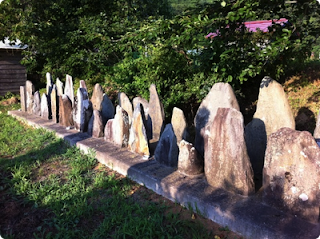 The Tokugawa Shogunate government had issued orders forbidding Christianity. Those who ignored this ban were brutally tortured. Many thousands of Christians in Japan lost their lives. A small remanent of Christians went underground. Lord Masamune Date was regional daimyo of areas including Juan's Iwate prefecture Fukuwara area. While he was not unsympathetic to Christianity, under the watching eye of the Japanese Shogunate he carried out the ban on Christianity in his own regions. To Juan Goto, however, he offered "gentler" restrictions:

1) Do not invite a Christian priest to your castle, even for a moment.
2) Do not convert anyone to Christianity.
3) If you pledge to keep the above two, you, but only you, may keep the Christian faith. But you must not talk of it to anyone.

Juan Goto no doubt agonized over his response. To reject these terms would mean a sure end to his position and lands, a disgrace to his family line, and a risk to his life. Ultimately he chose his faith and rejected Lord Date's terms. He wrote (in typical Japanese niceties):

"Most humbly and with proper formalities, I am filled with gratitude for my Lord's favor, but Jesus Christ's favor is far more immense than my Lord's. I will not be able to please your lordship this time." 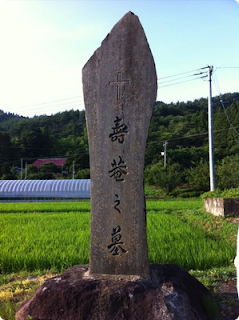 On the heels of his decision, the crackdown on Christianity came to his own Fukuwara lands. He and a few of his converts were able to escape to the Nambu territories and find refuge under the lord of Iwasaki Castle. Here, in spite of the ongoing persecution and prohibition on Christianity, Juan and his followers continued to preach the gospel in the surrounding areas of Hanamaki, Morioka and Tono. Lord Isenokami, who sheltered Juan, was eventually poisoned for his Christian sympathies. As for Juan, it is not clear what became of him after this. A memorial stone discovered in 1951 in northern Yonekawa, Japan, places his death at 1623. Death at a relatively early age might suggest that he, too, lost his life for his faith.

Near his memorial are rows of tombstones of other persecuted Christians. Thanks to Juan Goto's revolutionary irrigation techniques, the area of Fukuwara, Japan has become a rich grain belt. But the real harvest can only be seen with eyes of faith. This lord of Iwabuchi brought many to the Lord of heaven and earth, Jesus Christ. Much spiritual seed he planted in his life and death produced a great harvest for eternity. Juan Goto bore witness to the truth of John 12:24:

"Unless a kernel of wheat falls to the ground and dies, it remains only a single seed. But if it dies, it produces many seeds."